The Search for a Modern Theology 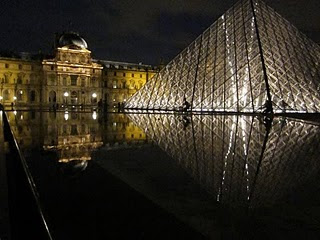 A while back I wrote "A Baha'i's Interpretation of Original Sin", which sought to challenge the dominant Christian understanding of "original sin" using passages from the bible paired with illumination from the Baha'i writings. Andrew Sprung also challenges "original sin", not by trying to reinterpret biblical scripture, but philosophically, based on modern knowledge of the human condition. He regards it "as a really pernicious myth that fundamentally miscasts the human condition". He starts by describing an internal dialogue he has with C.S. Lewis:

The intensity of my dislike of the fall meme has taken form through my ongoing if increasingly pointless internal dialogue with C.S. Lewis, whose mythopoeic force made Christianity at least partially imaginatively available to me for a few years.

But in an era in which humanity has built up detailed if fragmented understanding of how organisms interact with each other and with the nonorganic physical world, how the body processes nourishment and fights off disease, how our behavior is related to that of our primate ancestors and mammalian cousins-- and how our values and behavior have evolved over time -- the notion that our limitations and nonadaptive impulses derive from some fundamental originary act of disobedience -- whether understood collectively or individually -- is simply not adequate, not helpful, not in keeping with the factual knowledge we have acquired.  We are what the physical universe and the biology of this planet have made us. Increasingly, as we acquire knowledge, we are what we make ourselves -- we have the capacity to at least partially shape our own evolution, for better or for worse. If the notion of an "unfallen" society haunts us, it should be as a hope of the future, not a dream of the past.

He concludes by wondering whether a new, credible theology will emerge that accounts for modern understandings of political and scientific knowledge:

I wonder when some new perception of divine law or the human condition that takes full account of acquired knowledge and wisdom, political and scientific -- one not based on past scriptures or a product of obvious fraud, like, say, the Mormon scriptures -- will burst upon the world. Maybe never.  New scriptures generally reference old ones, and full-souled in-spiration may depend on a degree of self-delusion (thus speaks the Lord!) not possible in someone who takes full account of knowledge acquired in the last 200 years. But it's plain that the thirst for doctrine and ritual and communion, a vehicle for contact with the numinous and a frame for understanding duty and purpose, and a reassurance that all will be well and all will be well and all manner of things will be well, is not going away.

I wonder, would the Baha'i Faith fit his criteria?  At face value, he might think of it as an "obvious fraud, like, say, the Mormon scriptures". At face value, he might take exception to the fact that the Baha'i Faith does draw from past scriptures, even if they are contextualized for their time and place. At face value, he might think of the explicit references to God as a "self-delusion". But digging a little deeper, he is looking for something that takes full account of acquired knowledge and wisdom acquired in the last 200 years. The Baha'i Faith arguably does this, or at least makes a valiant attempt to. It doesn't necessarily quench the "thirst for doctrine and ritual and communion", but now it is his turn to account for a backward looking requirement of religious fulfillment. Instead it provides a dynamic and flexible "vehicle for contact with the numinous and a frame for understanding duty and purpose..." one that doesn't rely on physical or dogmatic representations of the divine. Finally, it provides a reassurance that "all will be well", not by imagining some static utopian future of sinless perfection, but instead by placing value in the process, in the progressive movement towards a provisional understanding of perfection that can and will change as our capacity increases.
Posted by Jason
Email ThisBlogThis!Share to TwitterShare to FacebookShare to Pinterest