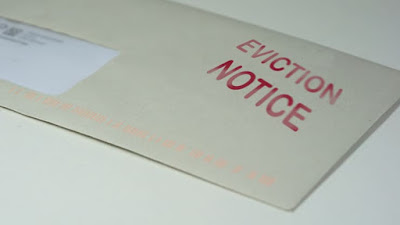 (I recently wrote about wealth and giving away money, which provide some background to this post about how the Baha'i Funds interplay with charity and welfare.)

I was once on a Local Spiritual Assembly that investigated setting up a humanitarian fund to help individuals in the community who fell on hard times. Of course, superficially this sounds simple: set aside some money and give it to the needy. Similar to the complexities of aid work, there are many pitfalls when crossing over that line of giving away resources. Trying to develop a framework for a local humanitarian portion of the Baha'i Fund was a long process that drove me into researching some interesting areas of the Baha'i Writings.

To aid, or not to aid

The first question to arise aught to be, should we provide material assistance at all? The answer isn't simple. On the one hand, there are numerous calls in the Baha'i Writings for individuals and Assemblies to relieve the suffering of the poor.

O CHILDREN OF DUST! Tell the rich of the midnight sighing of the poor, lest heedlessness lead them into the path of destruction, and deprive them of the Tree of Wealth. To give and to be generous are attributes of Mine; well is it with him that adorneth himself with My virtues.

Shoghi Effendi wrote that Local Spiritual Assemblies "must do their utmost to extend at all times the helping hand to the poor, the sick, the disabled, the orphan, the widow..."

A letter on behalf of Shoghi Effendi also indicates that assistance to the poor is a key responsibility of Baha'i communities:

It is the responsibility of every local Bahá’í community to insure the welfare of its poor and needy members, through whatever means possible.

The same letter goes on, however, to say,

But, of course, this extension of assistance to the poor, in whatever form should under no circumstances be allowed to seriously interfere with the major collective interests of the Bahá’í Community, as distinguished from the purely personal interests of its members.

So yes, Assemblies should provide humanitarian relief, but the relief should never seriously interfere with the interests of the community. This assistance could come in two forms: individuals asking for help, or giving to a charitable organizations.

On the subject of Assemblies contributing to charities, a 1973 letter from the Universal House of Justice further elaborated the wisdom needed:

Spiritual Assemblies are, of course, permitted to make contributions to charity—indeed care of the poor and needy is one of the duties assigned to them in the Bahá’í Writings—but they must weigh their responsibilities very carefully and remember that in a highly organised country like the United Kingdom the poor are helped by a multitude of agencies, both governmental and private, whereas only the Bahá’ís can contribute towards the building of the Kingdom of God on earth. This, clearly, is a matter for wise moderation. Assemblies, moreover, should perform their charitable works with a pure motive, and not with the thought of propagandizing for the Faith.

It is allowable for Baha'i institutions to set aside funds for charities, but the needs of the Baha'i community and teaching must come first. Taken to the extreme, individual Baha'is could divert all their charitable giving to philanthropic organizations, and the Baha'i Faith itself would hardly grow. On the other hand, charity coming from Baha'is needs to increase over time, especially wise and efficient giving from institutions. 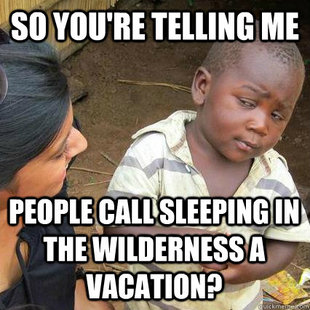 If an Assembly sets aside a small portion of their funds to give to a charitable organization, where should the money go? The same problems I noted with giving to charities applies equally to institutions making donations. And the same solutions apply. Charity should avoid using service as an advertising tool, should avoid inefficiency and impetuousness, and should think of long-term solutions to root problems. Similar to individuals giving, I think a good approach is to research an effective and efficient organization that gets high value per dollar, and ensure the charity is building capacity, not creating dependency, etc. Then contribute funds consistently and without fanfare. Individuals can know that some money contributed to the local Baha'i Fund also makes its way to a well-researched charity.

The Baha'i funds themselves are a kind of charity (more on that in my next post). The contributor is choosing to give for the expansion of the Baha'i teachings, which will increase spiritual progress. It would be inconsistent with the intention of the giver to expend a large part of that money toward other charities.

Institutional giving to an aid organization doesn't address the problem standing in front of you: when a member of the Baha'i community is suffering from a hardship, people really really want to be able to offer assistance. Besides balancing their personal interests with those of the Baha'i community, and not allowing personal needs to seriously interfere with community needs, institutions must also avoid another pitfall: creating a financial incentive to be a Baha'i.

A story highlights the point: the Baha'i center can be rented for a certain daily fee, but the cost is about half of that for Baha'is, which makes sense. A man once inquired about renting the Baha'i center, and then asked if there was a discount for members. When he was told about the discount, he said, "Okay, I'll sign up." Of course his offer to enroll as a Baha'i was rejected, but this shines a spotlight on what could be a huge problem as the incentives grow larger. What if financial aid were only available to enrolled Baha'is? Shoghi Effendi mentioned that Assemblies should extend a helping hand, "irrespective of colour, caste and creed," indicating that aid should not be limited to Baha'is, but he also said that the Baha'i community should provide the welfare of its "poor and needy members", indicating that there is a special place for Baha'is who suffer intense hardships.

Both types of charitable giving, to needy individuals and organized charities, I think should be avoided while Baha'i communities are very small with limited resources. Similar to social and economic development projects, charity is something that Baha'is can take on as growth is happening and resources are abundant. Small communities that are struggling just to put on Feasts and Holy Days can get bogged down in the details of giving aid and their contributions would be a drop in the ocean. They should focus all their energy on building up the spiritual education that will address underlying social problems, even if society is crashing all around them. Sometimes you have to run past people drowning to fix the dam so that more people don't drown.

Here is what came of the consultation that I was involved in, balancing the various sensitivities of aid. The Assembly would create a line in the budget for humanitarian purposes. Money contributed to the general fund would not be allocated to it, so it was earmark-only. If any requests for material assistance came to the Assembly (which was fairly common), a group of three would interview the individual and decide how they can be helped. If funds were needed to resolve a temporary situation, and humanitarian funds were available, then the funds could be dispersed. Funds would not be limited to only Baha'is. Assistance would be for short-term problems, to keep people out of the worst of hardships without creating dependency or becoming an alternative to large aid structures like welfare.