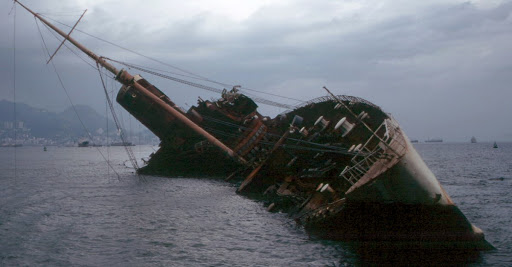 Wealth is praiseworthy, if it is earned honestly and used for philanthropic purposes. The desire to better the world leads to figuring out how best to give away money intentionally, getting the most value out of every dollar donated. Giving efficiently means not always responding to the needs in front of your face, but giving consistently to address root problems with a long-term vision.

Naturally, a question arises for Baha'is: how much should I give to charity versus the Baha'i funds?

The machine to stop the flood

A good analogy I've used is the world order as a large ship floating in the ocean. Every once in awhile, the ship starts sinking slowly and catastrophically, and the world builds a better ship. World War I was a failure of the era of kings, and it was replaced. The new ship also failed as World War II broke out and tens of millions lost their lives to another war. In smaller ways, this analogy plays out in ideologies of racism, nationalism, and immorality. The world seems to be entering another sinking, and a new ship will have an even closer unity of nations, but it is not the long-term solution.
Baha'is are building a new ship. One that is currently small but will have the capacity for all of mankind to enter. It will be better than any ship the old order can possibly make, and only Baha'is can build it. The longer it takes, the longer the world's suffering will fester. It will promote real unity between races, nations, religions, classes, and ideologies. It will resolve injustices and promote prosperity, science, and industry.
Prioritizing Baha'i funds

Of course, being a Baha'i means recognizing that this Faith is the remedy to the world's afflictions. Others may not recognize that truth and may see this as selfishness, but charitable giving by Baha'is should be almost entirely to the Baha'i funds. Don't take my word for it, numerous writings from Shoghi Effendi and the Universal House of Justice provide clarity on the subject. A compilation can be found here in Lights of Guidance, and another here by the Research Department of the Universal House of Justice.
Here are two key passages from Shoghi Effendi.

Regarding the question you raised: in the first place every believer is free to follow the dictates of his own conscience as regards the manner in which he should spend his own money. Secondly, we must always bear in mind that there are so few Bahá’ís in the world, relative to the world’s population, and so many people in need, that even if all of us gave all we had, it would not alleviate more than an infinitesimal amount of suffering. This does not mean we must not help the needy, we should; but our contributions to the Faith are the surest way of lifting once and for all time the burden of hunger and misery from mankind, for it is only through the System of Bahá’u’lláh—Divine in origin—that the world can be gotten on its feet and want, fear, hunger, war, etc., be eliminated. Non-Bahá’ís cannot contribute to our work or do it for us; so really our first obligation is to support our own teaching work, as this will lead to the healing of the nations.
—On behalf of Shoghi Effendi, letter dated 8 December 1947 to an individual
Regarding your question concerning helping the poor: The Bahá’ís should not go so far as to refrain from extending charity to the needy, if they are able and willing to do so. However, in this, as in many other things, they should exert moderation. The greatest gift that we can give to the poor and the down-trodden is to aid to build up the divine institutions inaugurated in this day by Bahá’u’lláh as these institutions, and this World Order when established, will eliminate the causes of poverty and the injustices which afflict the poor. We should, therefore, do both, support our Bahá’í Fund, and also be kind and generous to the needy.
—On behalf of Shoghi Effendi, letter dated 11 March 1942 to an individual

The Universal House of Justice

One particular letter of the Universal House of Justice stands out on the topic of charity and prioritizing Baha'i funds. It was written 19 November 1974 to the National Spiritual Assembly of Italy. The full text is below.

In your letter of 11 September you say that the questions of how to help the Third World or the poor who are suffering under calamities are much discussed in your community and you wish to know whether to create a special fund for such needs, to ask for special contributions from time to time, or whether there are other ways in which you could help.

It is understandable that Bahá’ís who witness the miserable conditions under which so many human beings have to live, or who hear of a sudden disaster that has struck a certain area of the world, are moved to do something practical to ameliorate those conditions and to help their suffering fellow-mortals.

There are many ways in which help can be rendered. Every Bahá’í has the duty to acquire a trade or profession through which he will earn that wherewith he can support himself and his family; in the choice of such work he can seek those activities which are of benefit to his fellowmen and not merely those which promote his personal interests, still less those whose effects are actually harmful.

There are also the situations in which an individual Bahá’í or a Spiritual Assembly is confronted with an urgent need which neither justice nor compassion could allow to go unheeded and unhelped. How many are the stories told of ‘Abdu’l‑Bahá in such situations, when He would even take off a garment He was wearing and give it to a shivering man in rags.

But in our concern for such immediate obvious calls upon our succor we must not allow ourselves to forget the continuing, appalling burden of suffering under which millions of human beings are always groaning—a burden which they have borne for century upon century and which it is the mission of Bahá’u’lláh to lift at last. The principal cause of this suffering, which one can witness wherever one turns, is the corruption of human morals and the prevalence of prejudice, suspicion, hatred, untrustworthiness, selfishness and tyranny among men. It is not merely material well-being that people need. What they desperately need is to know how to live their lives—they need to know who they are, to what purpose they exist, and how they should act towards one another; and, once they know the answers to these questions they need to be helped to gradually apply these answers to everyday behavior. It is to the solution of this basic problem of mankind that the greater part of all our energy and resources should be directed. There are mighty agencies in this world, governments, foundations, institutions of many kinds with tremendous financial resources which are working to improve the material lot of human beings. Anything we Bahá’ís could add to such resources in the way of special funds or contributions would be a negligible drop in the ocean. However, alone among men we have the divinely given remedy for the real ills of mankind; no one else is doing or can do this most important work, and if we divert our energy and our funds into fields in which others are already doing more than we can hope to do, we shall be delaying the diffusion of the Divine Message which is the most important task of all.

Because of such an attitude, and also because of our refusal to become involved in politics, Bahá’ís are often accused of holding aloof from the “real problems” of their fellowmen. But when we hear this accusation let us not forget that those who make it are usually idealistic materialists to whom material good is the only “real” good, whereas we know that the working of the material world is merely a reflection of spiritual conditions and until the spiritual conditions can be changed there can be no lasting change for the better in material affairs.

We should also remember that most people have no clear concept of the sort of world they wish to build, nor how to go about building it. Even those who are concerned to improve conditions are therefore reduced to combating every apparent evil that takes their attention. Willingness to fight against evils, whether in the form of conditions or embodied in evil men, has thus become for most people the touchstone by which they judge a person’s moral worth. Bahá’ís, on the other hand, know the goal they are working towards and know what they must do, step by step, to attain it. Their whole energy is directed towards the building of the good, a good which has such a positive strength that in the face of it the multitude of evils—which are in essence negative—will fade away and be no more. To enter into the quixotic tournament of demolishing one by one the evils in the world is, to a Bahá’í, a vain waste of time and effort. His whole life is directed towards proclaiming the Message of Bahá’u’lláh, reviving the spiritual life of his fellowmen, uniting them in a divinely created World Order, and then, as the Order grows in strength and influence, he will see the power of that Message transforming the whole human society and progressively solving the problems and removing the injustices which have so long bedeviled the world.

With loving Bahá’í greetings,
[signed: The Universal House of Justice]