How to give away money 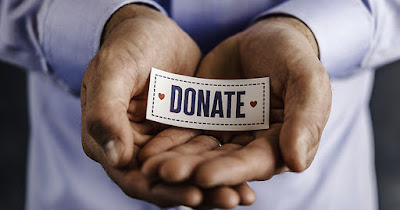 The Baha'i Writings are full of references encouraging charity and generous spending on the poor. Baha'u'llah wrote, "O SON OF MAN! Bestow My wealth upon My poor", and, "O CHILDREN OF DUST! Tell the rich of the midnight sighing of the poor, lest heedlessness lead them into the path of destruction, and deprive them of the Tree of Wealth. To give and to be generous are attributes of Mine; well is it with him that adorneth himself with My virtues." And, "Be generous in prosperity, and thankful in adversity."
It seems like such a simple thing, if you have money, give it to the poor. But it's not at all that simple. Philanthropy can have unintended negative side effects, my favorite example of which was the very well intentioned Jason Sadler of Florida, who made it his goal to send one million t-shirts to Africa. He stepped into a debate among aid workers, that sometimes incoherent attempts to send aid end up making things worse. In the case of the t-shirts, there was no particular need for shirts (Jason had excess from his company), there were much more pressing problems that needed addressing, and flooding the market with free shirts would ruin many local businesses. That's not an argument not to care, it's just to say that aid is complicated.
Philanthropy has some known problems. What if someone only gives to get recognition? Is that worse than not giving at all? What if someone gives a dollar to a charity for every "like" on their Instagram page? Will giving lead to increased capacity? Will it lead to dependence? Will donations accidentally encourage poverty? Is the charity addressing root problems?
Some charitable organizations are terribly inefficient due to people's giving habits. Think of local canned food drives that collect canned goods to redistribute through local food banks. People have to stock the grocery store, then you buy cans, carry them around, drop them in a collection bin, someone has to carry the whole lot to the food bank, some of the cans end up going in the trash, then the hodgepodge of different foods get put together incoherently into meals. A much more efficient way to feed the needy would be to simply collect money and have the food bank order wisely selected goods, purchased cheaply in large quantities, and delivered directly to the food bank. Food banks can deliver four times the amount of food if you just give them cash. So why do they have food drives? Because you're not giving cash. People like the feeling of dropping a can into a bin and they don't like the feeling of giving money. So the food banks take what they can get. They're working with people's impulsivity.
Philanthropy on a small scale is no more simple. Giving money to friends dramatically changes the relationship from one of equals co-struggling to one of donor/recipient. Sometimes offering aid to friends and family can be offensive. Giving to beggars on the street ends up being about as incoherent as giving a million t-shirts to Africa; the giving is always impetuous, inefficient, and encourages the presentation of poverty.
Enough complaining. You get it, it's complicated. So what SHOULD you do? Here are my thoughts about navigating charity.
My reflection led me to giving to the Baha'i funds, which will be the subject of the next post!
Posted by Bryan
Email ThisBlogThis!Share to TwitterShare to FacebookShare to Pinterest