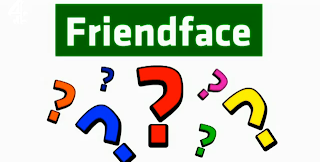 I previously left a post titled Monkey Brains, where I showed that human brains want to be in social groups of 150, with a small group of about 12 friends.

Other research has shown that it only takes 6 good friends to be happy. Less than that and the individual's happiness drops off. Too many and the effect is diluted with an overall drop in happiness. Another study proposed 10 close friends as the magic number.

As strange as this might sound, I have too many friends. I think a lot of people struggle, especially moving to a new town, to find a small group of close friends, the kind where you can totally relax with and really connect emotionally. I had such an experience living in Wenatchee, WA for 3 months in 2008, and again in Madras, OR for 3 months in 2009. I experienced the sadness that comes from being alone in small towns that are largely emptied of 20-somethings. In both cases, the only real friends I made came from the Baha'i community, so I can also sympathize with countless studies indicating a marked increase in happiness of church goers. I also saw the depression (among some coworkers) that comes from losing the ability to make new friends later on in life. I think one of the worst end-of-life scenarios is to spent one's final years alone watching television.

Back in Portland, where I spent most of my life, I have the opposite problem. In my network of close friends -- those that I want to see frequently and stay connected with -- I can count at least 30 people. Outside of that I can count hundreds who I know and see at least once a year. The difficulty is, it's impossible to maintain close relationships with that many people. Instead of adding to my happiness, the infrequent contact with a large number of people was a cause of stress for me. It meant that I didn't have at least 6 really close friends. At a certain point I had to consciously think about my friends and pick a few people who I really wanted to see often, and I went out of my way to visit them about every other week, even if that meant sacrificing other responsibilities.

This also left me with a kind of sadness for all those people that I don't make a point to see. There are a dozen high school friends scattered around within an hour, lots of cousins, many Baha'is, or college and work friends.

This may sound like a rich person complaining about having too much money, but hey, there is also a sweet spot for income. Making less than $50k and more than $100k causes happiness to drop off accordingly.

Another dynamic is teaching. If Baha'is form close-knit, impenetrable groups of friends, then the growth of the Faith will become stagnant. It's very rare that real consecration comes through personal study alone. Although an idealist might say that the social aspect of religion should be irrelevant to one's acceptance or non-acceptance of the truth, there is undoubtedly a marriage between religious truth and the community in which it thrives. The Baha'i Feast gathering every 19 days has three portions: spiritual, administrative, and social. Each is supposed to receive the same degree of weight. So while the Baha'i Faith is not a just social club, social relationships are important to develop, and if someone investigating the Faith doesn't find a small group to join where they connect emotionally, they will likely not go on to effloresce into a mature Baha'i who then goes on to teach others.

I had to realize these dynamics and make conscious efforts to direct my energy appropriately. When I see an opportunity to include someone attracted to the Baha'i Faith, I have to realize that such a friendship is more important than seeing some other Baha'i friends. There is always a balance though. Some consecrated Baha'is are also in the position of not having enough close relationships and they may need to be encouraged and assisted. Also, people interested in the Baha'i Faith want to see a community.

For certain, though, two mature Baha'is who both have an overflowing network of close friends, who are both willing to sacrifice for the Faith, and are devoting their lives to its propagation, should recognize that as strong as their mutual affection is, what is best overall is for them to reach out into the broader society and create new networks of friends, not spend more time with each other. This may not be an intuitive conclusion.
Posted by Bryan
Email ThisBlogThis!Share to TwitterShare to FacebookShare to Pinterest