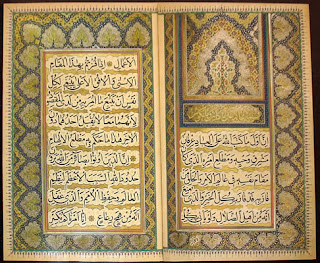 Philosophers and lovers of wisdom alike have long reflected on the nature of language. This question is not just pointless intellectualizing but is fundamental to our very attitude to life and 'reality.' Is language just a 'will to power'? Does it have any coherence or is it just to be deconstructed as irrational? Can we communicate as much in silence as in sounds? Here's my own understanding and organization of some salient themes on language in the writings of Baha'u'llah:

The Baha'i Writings do not seem to take a direct stand on the correspondence/representation debates about language. (This is probably because such debates were not in the forefront of philosophical debate in the middle of the 19th century and certainly not in Islamic philosophical debates.) Rather, the Baha'i writings' concern with language centers on the nature of the 'Word of God,' which Baha'is' own speech is enjoined to reflect. Words are considered to be able to be the manifestation, emanation, and the power and meaning conveyance of the one who utters them. They manifest a person's feeling and ideas, yet also have the power to emanate those feelings and ideas to others. Baha'u'llah says, "Every word is endowed with a spirit, therefore the speaker or expounder should carefully deliver his words at the appropriate time and place, for the impression which each word maketh is clearly evident and perceptible." Words do not simply represent that which they signify but can convey unseen spiritual forces as well. Baha'i writings express these spiritual forces in terms analogous to energy waves - streams, waves, billows, shining lights, effulgences, and animating forces. The words of God are represented as ontologically superior as well as cosmologically a priori to our everyday world and universe. One Word created the entirety of the universe, a Word which is "an ocean inexhaustible in riches, comprehending all things. Every thing which can be perceived is but an emanation therefrom." These writings affirm and elaborate upon the Qur'an's expression that all things were made by the command uttered by God "Be!" This word is formed by joining together the two letters kaf and nun into the imperative 'be!' - kun.


While that one word created 'all things' (kul al-shay), it is the utterances revealed through God's messengers and prophets that is the chief creative agent of human being's spiritual life, or the quickening of the soul. These prophets and messengers are called Manifestations in the Baha'i writings, examples of whom Baha'is cite such figures as Abraham, Moses, Zoroastor, the Buddha, Jesus, Muhammad, and of the Baha'i dispension - the Báb and Baha'u'llah. These words revealed by the Manifestations convey spiritual forces as well as reveal the meaning and insights of the Word itself. However, the things of this world/universe itself are also considered an 'outspreading scroll' or emanations that manifest the wisdoms, insights, and attributes of its source. The things and processes of the world are 'letters' of the words of God, together creating words that convey meaning, yet each letter may also be a morpheme, not just a phoneme, representing a complete idea and spiritual reality in itself.


God's revealed utterances makes use of human language to meanings in terms we can understand: "The word which the one true God uttereth in this day, though that word be the most familiar and commonplace of terms, is invested with supreme, with unique distinction." (Baha'u'llah in Shoghi Effendi, The World Order of Baha'u'llah, p. 103) These divine revealed utterances through the mouthpieces of the Manifestations of God have great impact upon this world, universe, individuals, and society:


"The Word of God is the king of words and its pervasive influence is incalculable. It hath ever dominated and will continue to dominate the realm of being. The Great Being saith: The Word is the master key for the whole world, inasmuch as through its potency the doors of the hearts of men, which in reality are the doors of heaven, are unlocked." (Tablets, p. 172)


This Word of God then has the creative power to bring in new physical creations and renew the old, transform human character, and even initiate new social institutions. It embodies divine virutes and perfections, such as "knowledge and power, sovereignty and dominion, mercy and wisdom, glory, bounty and grace, are made manifest." (Baha'u'llah, The Kitab-i-Iqan, p. 103)


Human utterance has many potentialities, including having harmful, idle, or beneficial affects depending on how close it stands to the divine ideals and perfections. At its highest, our human utterance can only be a shadow of divine discourse. The perfections which human utterance should embody and convey are communicated in many prescriptions in Baha'i scripture:


"A kindly tongue is the lodestone of the hearts of men. It is the bread of the spirit, it clotheth the words with meaning, it is the fountain of the light of wisdom and understanding...." (Baha'u'llah, Gleanings from the Writings of Baha'u'llah, p. 289)


"The Great Being saith: Human utterance is an essence which aspireth to exert its influence and needeth moderation. As to its influence, this is conditional upon refinement which in turn is dependent upon hearts which are detached and pure. As to its moderation, this hath to be combined with tact and wisdom as prescribed in the Holy Scriptures and Tablets." (Tablets, p. 171)


Among the possible effects of words that express and convey such virtues are:


"This servant appealeth to every diligent and enterprising soul to exert his utmost endeavour and arise to rehabilitate the conditions in all regions and to quicken the dead with the living waters of wisdom and utterance, by virtue of the love he cherisheth for God, the One, the Peerless, the Almighty, the Beneficent."


"an enlightened man of wisdom should primarily speak with words as mild as milk, that the children of men may be nurtured and edified thereby and may attain the ultimate goal of human existence which is the station of true understanding and nobility. And likewise He saith: One word is like unto springtime causing the tender saplings of the rose-garden of knowledge to become verdant and flourishing, while another word is even as a deadly poison. It behoveth a prudent man of wisdom to speak with utmost leniency and forbearance so that the sweetness of his words may induce everyone to attain that which befitteth man's station." (Tablets, p. 171-2)


Human utterance then does not just have a casual, arbitrary, or socially constructed connections with the world. Rather it helps make it, is derived from it, changes and mitigates it, and can transform both individuals and social institutions. Additionally, it is a tool for building consensus as to ideals, plans, and projects to take place:


"Decision-making in Bahá'í communities throughout the world consists of a collective consultative process. Because it is based on universal spiritual principles, it is adaptable to any culture. The aim of this consultation is to discover, through a spiritual process, the optimum decision for the community. It is founded on a respect for the creative power of diversity and a shared desire for unity. In other words, "in the clash of differing opinions the spark of truth is ignited." Therefore, a diverse group, drawing on the wisdom, knowledge, and experience of each person, can produce more comprehensive, far-reaching and effective solutions to problems. Because it requires of participants both frankness and compassion, the consultative process itself engenders trust, breaks down traditional misconceptions about minority groups, and creates a dynamic unity."


The ways we name ourselves and others and the world we live in has powerful influence in how we think, feel, act, interact, and approach our lives. The Baha'i teachings aim to give human beings a new vision and language to constitute our lives that is conducive to collective spiritual advancement and building of relationships of dignity, freedom, solidarity, and unity.

This short essay of mine is my own organization and reflection of some salient themes I have found of Bahá'u'lláh’s writings that are translated to English. For analyses of the philosophy of language in the writings of Ali Muhammad Al-Shirazi the Bab, see: Nader Saiedi, Gate of the Heart: Understanding the Writings of the Báb (Canada: Wilfrid Laurier University Press, 2008).
Posted by Daniel_AP
Email ThisBlogThis!Share to TwitterShare to FacebookShare to Pinterest