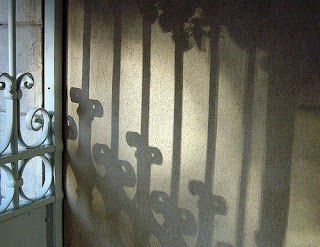 Recently, I was reading the message, “The Golden Age of the Cause of Bahá’u’lláh” contained in Shoghi Effendi’s The World Order of Bahá’u’lláh. At one point he describes the need to avoid activities that could arouse the antagonism of foreign governments against Bahá’í communities in those countries. As I was reading, all the ideas felt very familiar. But this time, there was one part that stood out for me.

Such an attitude, however, is not dictated by considerations of selfish expediency, but is actuated, first and foremost, by the broad principle that the followers of Bahá’u’lláh will, under no circumstances, suffer themselves to be involved, whether as individuals or in their collective capacities, in matters that would entail the slightest departure from the fundamental verities and ideals of their Faith. Neither the charges which the uninformed and the malicious may be led to bring against them, nor the allurements of honors and rewards, will ever induce them to surrender their trust or to deviate from their path. Let their words proclaim, and their conduct testify, that they who follow Bahá’u’lláh, in whatever land they reside, are actuated by no selfish ambition, that they neither thirst for power, nor mind any wave of unpopularity, of distrust or criticism, which a strict adherence to their standards might provoke.
Shoghi Effendi, The World Order of Bahá’u’lláh, p. 66-7

It seems to me that, there’s a tendency for Bahá’ís to be very conscious about how others perceive the Bahá’í Faith. Generally, that’s a good thing. They understand the need to be open and welcoming, and to address the particular needs of each person. But, taken in the wrong direction, it can create problems. In an effort to satisfy the wishes of others and to maintain a certain reputation in the community, it’s easy compromise Bahá’u’lláh’s teachings and see that as a service to the cause. Worth remembering is that Bahá’u’lláh’s teachings are the healing medicine for the ailments of our age. The surrounding world is confused and bewildered. Bahá’ís are a little bit less confused and bewildered. The main advantage Bahá’ís have over the wider society is the knowledge that Bahá’u’lláh’s teachings can guide us toward a divine world civilization. We still have a lot to learn about how to walk that path. So sacrificing the vehicle that will get us there, in exchange for a momentary boost to the faith’s reputation, is counterproductive. It’s something to think about.
Posted by Mr. Cat
Email ThisBlogThis!Share to TwitterShare to FacebookShare to Pinterest