What does Baha'u'llah say of his future followers? 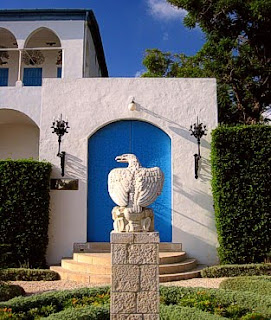 More so than perhaps any other work of Bahá’u’lláh available in English, the Suratu’l-Haykal repeatedly emphasizes the strength and glory of his future followers. Written during the dark days of the early imprisonment in the prison-city of ‘Akká, it calls to mind the supreme efforts that would be made to vindicate the Cause of Bahá’u’lláh. The Suratu’l-Haykal is an exceedingly rich text. Passages bearing on this theme are too numerous to quote, or even to summarize. Two are presented here so as to give a general glimpse. In each of these Bahá’u’lláh is addressed in the second person.


O Pen of Eternity! Grieve not at the things that have befallen Thee, for erelong shall God raise up a people who will see with their own eyes and will recall Thy tribulations.

Erelong, shall We bring into being through thee men with sanctified and illumined breasts, who will testify to naught save My beauty and show forth naught but the resplendent light of My countenance. These shall in truth be the mirrors of My Names amidst all created things.


Bahá’u’lláh and the exiles were at that time greatly oppressed. They endured the scorn of their fellow prisoners, hunger, and disease that was rampant within the prison. They were forbidden from receiving pilgrims or communicating with Bahá’ís outside the prison. Certainly these were tough times for all Bahá’ís, whether imprisoned or not. But Bahá’u’lláh assures his readers that this is not the end of the Baha'i Cause. He prophesies the appearance of a people who will take his laws and teachings as the animating impulse of their collective life. They will be the mirrors of his qualities "amidst all created things." Bahá’u’lláh comes not just to fulfill prophecies, but also to make further prophecies, and, in so doing, assigns that people with the messianic task of their fulfillment.
Posted by Mr. Cat
Email ThisBlogThis!Share to TwitterShare to FacebookShare to Pinterest