Lessons of the Civil War 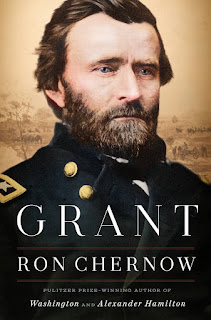 I recently came across this quote by Ron Chernow in his book Grant:


For all the endless horrors of [the Civil War], Grant believed the country was stronger for having endured it: “We are better off now than we would have been without it and have made more rapid progress than we otherwise should have made.” The country had become more cosmopolitan, its citizens more worldly, its economy more productive, its military more potent. Most important, Union forces had struck a major blow for freedom and equality. Like Lincoln, Grant deemed the war “a punishment for national sins that had to come sooner or later in some shape, and probably in blood.” Four million slaves had been emancipated and would shortly receive the right to vote, send their children to public schools, and enjoy the benefits of citizenship—progress that would be savagely resisted. For Grant, the war had validated the basic soundness of American institutions. Before, he noted, “monarchical Europe generally believed that our republic was a rope of sand that would part the moment the slightest strain was brought upon it. Now it has shown itself capable of dealing with one of the greatest wars that was ever made, and our people have proven themselves to be the most formidable in war of any nationality.” He added the important caveat that the war had been “a fearful lesson, and should teach us the necessity of avoiding wars in the future.


Further, the purging conflict that Grant viewed as inevitable was festering under the surface for decades. Irreconciliable differences must have led eventually to a break in unity or open conflict.

That "punishment for national sins" that was the American Civil War didn't fully resolve the problem, and another conflict has been festering again for decades. Irreconcilable differences regarding race, nationality, sex, and class have been steaming to the surface and showing themselves in a mighty culture war, fighting for dominance. It pits urban vs rural, religious vs secular, moral vs immoral, and liberal vs conservative. Both sides feel strongly that the other is one of the "domestic" enemies that they swoar an oath to defend the constitution against.

Of all those issues, race stands out. Just ask anyone visiting from another country for perspective. White America can't deal with race. They can hardly talk about it. America has been self-segregating since the 1990s, because most people want diversity, unless it's in their neighborhood. This segregation has left black Americans with the short stick, with chronic disempowerment, and it has coincided with an increase in open racism that threatens to ignite conflict.

That these issues are breaking out in the open again is only for the good.

To put it another way, the longer the country takes to heal its wounds, the worse the repayment will be of those national sins. And repayment is coming. Think of the embolded nationalists who are rolling through the country ripping fathers from their babies and deporting them. Think of the swelled ranks of emboldened whites who feel free to hurl racial insults and demoralize people of color. The American democracy elected an overtly racist Administration that is dismantling the judiciary, Department of State, and the FBI. The damage is done. If Trump gets impeached, the far right will see it as a partisan act, or worse as a move by corrupt Washington insiders in need of punishment. If he is not impeached, the damage will get worse, much worse.

Now we're at a civil war crossroads. This new ideology must crash and show its perversity, and the bigger it grows, the harder it will crash. The harder it crashes, the greater the recovery will be. That seems to be the only path towards a genuine rebirth of unity. If you need a blueprint for racial unity, see the Vision of Race Unity or my older post on the Eradication of Racism in America.