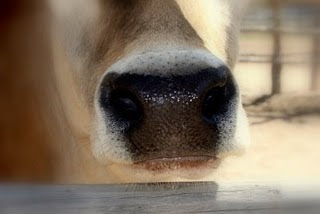 I recently posted a blog post titled “The God of Evolution” which explored the nature of evolution, and as a thought experiment, the God that we would induce from it. The reason I wrote the post is because I have been thinking a lot about the cruelty, often needless cruelty, and indifference of the natural ecosystem, and what it means. Looking at it from the gene level, each living organism is simply a platform for genes to get themselves carried over to the next generation. The better adapted the genes are for that particular environment, the higher chance they have to propagate themselves. This is the driver of biological evolution via natural selection. So where do the organisms themselves fit into this picture? From the point of view of the gene, they are merely a means to an end, once the organism reproduces, they can be disposed of.

While the natural ecosystem is largely indifferent, many animals have evolved the capability of expressing communal and empathetic behavior, even beyond their species. For example, elephants will morn their dead, and their are numerous accounts of dolphins coming to the rescue of humans. Humans have this capacity to an extraordinary level (and an equal and opposite capacity for destruction and malevolence).
I just found this interesting blog on evolutionary linguistics, called a replicated typo, and it has a post which attempts to outline 6 cognitive capacities that humans have that far exceed any other species. Here they are:

(1) The capacity to develop a shared point of view or “we-perspective” (Tuomela 2007: 46f.) and jointly engage in and attend to shared goals, plans and intentions in a cooperative collaborative activity within a joint attentional frame and a shared frame of reference (Tomasello et al. 2005).

(2) A conceptual system that is able to reinterpret and re-describe sensory as well as cognitive data and store them in an abstract, decoupled format that can be used for symbolic, relational and analogical reasoning (Penn et al. 2008).

(3) actively attribute mental states to others in the same sense as one experiences mental events and states oneself, that is to, have a “theory of mind” (Premack & Woodruff 1978).

(4) shared, intersubjectively overlapping frames of references or coordinate systems into which abstract and non-abstract conceptual representations could be integrated and imported in a systematic fashion, and within which shared percepts and concepts could be blended, unified, and related to each other in a role-governed fashion. (Bühler 1934, Fauconnier & Turner 2002).

(5) for projecting ourselves and others backwards or forwards into past and future situations is probable to have evolved, that is, a capacity for mental time travel, including the ability to retrieve and re-live episodic memories of past autobiographical events (Tulving 2005) as well as prospective foresight enabling the planning of future actions and events (Suddendorf & Corballis 2007).

(6) a collection of unique mental structures – phonology (externalisation) and syntax (merging constituents (A + B = [AB]) and creating blended new ‘mental building blocks’ which can be merged with other constituents recursively [AB] + C = [ABC]) – and the interfaces between these mental structures and the conceptual system. These “specific unique building blocks for phonology, syntax, and their connection to concepts” are what makes language and language acquisition possible (Jackendoff 2007: 388f.).

These cognitive abilities, developed in the course of our evolution, have given us the capacity to extend our empathy to everybody in the world, and has made the adoption and enforcement of universal human rights more and more of a probability. This may be looked at as merely enlightened self-interest; it can be argued that unless we learn to cooperate on a global level, we will ultimately destroy ourselves. But by also starting a discussion of animal rights, as Peter Singer famously did in his book Animal Liberation, it seems that we have the potential to expand our moral imagination beyond the more immediate concerns of our own survival. In some ways this is a sign of our independence from the cruel and indifferent aspects of nature.
This leads me to the point of this essay. Sjona and I have decided to become vegetarians. It has been an option that I have been considering for quite some time. There are 7 (overlapping) reasons why I have made this decision for myself.
Empathy: Most of what I have written up to now leads to this. While eating meat is “natural”, we are at the point where we can apply our capacity of empathy not only towards humans, but also towards animals, who share many of the same, if less developed, capacities for intelligence, emotion, and empathy.

The food of the future will be fruit and grains. The time will come when meat will no longer be eaten. Medical science is only in its infancy, yet it has shown that our natural food is that which grows out of the ground.[i]

As humanity progresses, meat will be used less and less, for the teeth of man are not carnivorous. For example, the lion is endowed with carnivorous teeth which are intended for meat and if meat be not found, the lion starves. The lion cannot graze; its teeth are of different shape. The formation of a lion's stomach is such that it cannot receive nourishment save through meat. The eagle has a crooked beak; the lower part shorter than the upper. Were it to try to pick up grain it would find it impossible; were it to try to graze, it would fail. Therefore it is compelled to partake of meat. But the domestic animals, the cow, horse, donkey, sheep, etc., have herbivorous teeth formed to cut grass which is their fodder. The human teeth, the molars, are formed to grind grain. The front teeth, the incisors, are for fruits, etc. It is therefore quite apparent, according to the implements for eating, man's food is intended to be grain and not meat. When mankind is more fully developed the eating of meat will gradually cease.[ii]

3.  The Environment: The long term environmental costs of eating meat are clearly unsustainable.
4.  Hypocrisy: I would not be willing to slaughter an animal. Indeed, my upbringing has made me squirm to even eat chicken with bones or a fish served with the head. I like meat in nice, indistinguishable chunks.
5.  Health: Not eating meat is generally healthier if a special effort is made to still get all of the necessary nutrients:
6.  Cruelty:  Most of our meat comes from factory farms, which resemble concentration camps.
Before I get to the seventh reason, I must first admit the one reason why I have avoided giving up meat so far. It tastes so damm good. I absolutely LOVE bacon and sushi, steak and salmon. While intellectually this reason pales in comparison to the other reasons listed so far, it is often the most salient. It will require an act of will, and necessity to overcome my immediate urges for a higher principle. It requires…
7.
Spiritual growth: To sacrifice that which is lower for that which is higher
I hope we can make it longer than a month…..
[i] ('Abdu'l-Baha, from Bahá'u'lláh and the New Era, page 102)
[ii] ('Abdu'l-Bahá, from Star of the West, Vol.III, No.10, p.29)