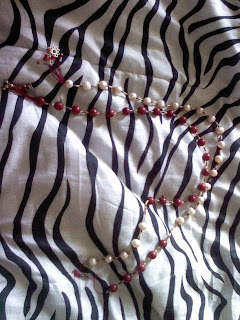 My life is perfect.
The only things that I can improve on require some paperwork and some time.
Frankly, if the fixes are that simple, really, what do I have to complain about?

I read an article, which I cannot, for the life of me, find about a straight couple who chose to refer to one another not as the common boyfriend-girlfriend jargon, but as partner. The explanation of this left me saying 'EXACTLY! Why didn't I think of that?!' The author explained that, once out of high school, referring to someone as a boy or girl seems a tad undermining. It also, and I can't recall if this was part of the article or my own misgivings about the popular terminology, seems to undercut expectations of an adult relationship.


Bright Eyes and I have known each other since high school, but our relationship has changed to an incredible extent since then. We have been apart roughly ten years now, until this last week we were fortunate enough to spend together, and have both experienced a great deal. We've each been through a divorce, despite never personally agreeing with divorce in the first place, and have both, through various changes and troubles, found ourselves living with our single fathers. I am supporting my father through my military service and career, while Bright Eyes is leaning on his father a bit through hard times. None the less, we have both grown, and, finding ourselves 2,000 miles apart puts more weight on each of our shoulders. Calling a man raising a five year old daughter almost alone, while being a strong part of a committed, spiritual, happy, respectful and equal long-distance relationship my boyfriend would seem degrading. So, Bright Eyes is my partner. He is also the first man I have ever been involved with who understands the workings of my brain enough to understand this request.

The funny part is, he seems to be having a smoother time of the practical application. I tend to catch myself using the phrase "other half" to avoid both terms, and avoid the sideways glances that typically are indicative of someone questioning my sexual identity.

In the vegetable kingdom there is complete equality between male and female of species. Likewise in the animal plane equality exists; all are under the protection of God. (Abdu'l-Baha, Baha'i World Faith - Abdu'l-Baha Section, p. 241)

I rather like this quote. It is a very clear matter to Baha'i folks that there must be complete equality between the sexes, and we even go so far as to educate our female child if we must choose between a male and female child's education, in order to advance progress in these matters. There is male and female in all living things- and all are under God's protection. That's a pretty pointed statement, no?

Referring to the other half of my relationship as my partner, I think, helps to relieve some of those societal assumptions on who plays what role in the relationship. Bright Eyes is certainly not the aggressive, domineering head-of-house type of man that once was the norm amongst his gender, but he also does not play second fiddle to me. He's respectful and kind, and still incredibly, gracefully, wonderfully capable of calling me out on my misconceptions and fallibility without ever bumping me from my position as his equal. This is a team, we are partners.

Whoso contenteth himself with a single partner from among the maidservants of God, both he and she shall live in tranquillity. (Baha'u'llah, The Kitab-i-Aqdas, p. 41)

I have always felt as though, maybe not the female half of the relationship in general, but certainly I have tended to be the more spiritual half of many if not all of my relationships. I have never been afraid to speak about God, and this new-ish relationship is certainly not the exception. Bright Eyes has had his misgivings and been at a distance from God for quite some time now- major, painful life events tend to have that effect on most of us, to some degree- and I am happy to see that he has been so open to discussion about faith. I hadn't broached the subject specifically with him, but rather made my remarks where they were fitting and welcome, and he eventually asked me questions about the Baha'i faith, and continues to. I love that we are able to have these discussions openly and willingly, and know that this is a bright start for our relationship. While I may not be among the most pure of God's maidservants, I do try, and believe that I have a positive effect, more often than not, in speaking of our Faith.


With the exchange of vows, in which each partner repeats, " We will all, verily, abide by the Will of God," the newly wedded begin their lives together on a basis of true spiritual unity and equality (Baha'i International Community, 1993 Apr 05, Equality of Men & Women A New Reality)

I have mentioned to Bright Eyes that this is our marriage ceremony, and having parents' consent is required by our faith. I think this is amongst the most beautiful ceremonies I'm aware of, as it is simple, yet opens up all the possibilities a new couple could hope for. The celebration of a new beginning as a couple, I think, should start fairly simply, though a spiritual and pointed ceremony is called for. I read a story once about a couple getting married, and, as the preacher spoke to them and all that were present, he held up three strands- two blue and one white. He talked of braiding these strands, and demonstrated how any combination of the two would inevitably fall apart. One strand, he said, was the young bride. The other, the groom. The third strand, though, was what kept them all together- God. I'll never forget this story, and it may be a more common symbol that I am unaware of, but it is something that I have sworn would be a part of my marriage. I suppose this is what made me know, in my heart, that the man I would marry would be someone I could pray with.

I pray for Bright Eyes, because I love him.
I pray for Bright Eyes, because I know he will be happier when he starts trusting God just a little bit more.
Yet, I have no doubt in my mind, that someday, he and I will be there, together, saying our prayers, our matching coral and pearl prayer beads between our fingers, speaking to God only the way two hearts, intertwined and in love, can.
Posted by DreamCatcher
Email ThisBlogThis!Share to TwitterShare to FacebookShare to Pinterest