Cyberspace and the Possibility for Action 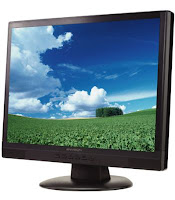 One of the most peculiar features of the internet is the way it reconfigures conceptions of social space. People move about and interact with each other in cyberspace but the powers and limitations thereof are very different than in geographic space. On the one hand, its possible to converse with people on the other side of the planet and share knowledge in ways that weren't possible in the days of mere paper letters or the telephone. On the other hand, there are some things that can only be done in person. For example, a class for the spiritual education of children cannot be held over the internet.

I give that example, because it highlights what I think is a major challenge for communities as more and more of its individuals, especially young people, spend large amounts of time online. It seems to me the internet has created seemingly infinite possibilities for the proliferation of words and high-minded conversation, but only allows for a marginal increase in the capacity to perform deeds. Many will argue that social networking sites are making it easier to plan and mobilize supporter to take action. But I can't help but wonder if those new powers are being offset by the social atomization inherent to using a computer; especially since the vast majority of time on social networking sites is not used for promoting social causes but for wasting time in obviously frivolous activities.

In short, I have two suspicions. One is that abuse of the internet is exacerbating an imbalance of words over deeds. The second is that it is undermining social action by depriving young people of opportunities to engage in their local geographic communities. I must admit, this post is partly inspired by personal anxieties about my own capacities as a Ruhi tutor.

One way forward, that I'd like to explore more, is engaging young people in a dialogue about the role the internet plays in our lives. An important part of that would be exploring constructive ways to use the internet; primarily by tapping into knowledge we wouldn't otherwise be able to access. Obviously, the junior youth spiritual empowerment program would be well suited for such a project.

Technological innovation plays a vital role in the advancement of civilization. But just as important is innovating new and better ways of using that technology. I'd like to hear other people's thoughts on how the internet is used today, and how it could be used in the future.
Posted by Mr. Cat
Email ThisBlogThis!Share to TwitterShare to FacebookShare to Pinterest