Nationalism at the Service of Global Prosperity: 'Abdu'l-Baha's Case for Persian Nationalism 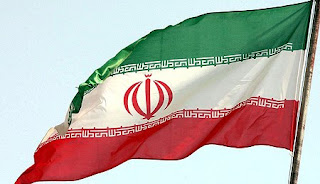 To the surprise of many initial readers, 'Abdu'l-Baha's 1875 treatise The Secret of Divine Civilization boldly affirms a form of Persian nationalism. Many come in to the book expecting him to unambiguously de-emphasize national pride in favor of global citizenship. But it is abundantly clear by the fourth page that he is addressing his homeland in particular and calling for its specific rejuvenation. In light of the following century's two world wars and the violent nationalism that spawned them, one might wonder why 'Abdu'l-Baha is so keen to appeal to national sentiment. However, the reason for this becomes clear as he elaborates his ideas. A close reading of the text reveals a vision of national destiny far afield from the xenophobic, racist ideologies prevalent in Europe at that time and imported around the world in coming generations. Rather, for him, the nation is a testing ground within which to construct the components for a global civilization. He writes,

We must now highly resolve to arise and lay hold of all those instrumentalities that promote the peace and well-being and happiness, the knowledge, culture and industry, the dignity, value and station, of the entire human race. Thus, through the restoring waters of pure intention and unselfish effort, the earth of human potentialities will blossom with its own latent excellence and flower into praiseworthy qualities, and bear and flourish until it comes to rival that rose garden of knowledge which belonged to our forefathers. Then will the holy land of Persia become in every sense the focal center of human perfections, reflecting as if in a mirror the full panoply of world civilization.
The Secret of Divine Civilization, p. 4-5

For 'Abdu'l-Baha, the glory of Persia is not that it might triumph over Russia, Britain, or the Turks, but rather that it might carry forward an ever-advancing civilization from which all stand to gain. It seems to me, this is a useful framework for understanding the role Persians and Persian culture has played in the development of the worldwide Baha'i community, a community whose membership a century ago was almost entirely Persian, but now has vibrant communities in nearly every region of every country on Earth. I think the experience of the worldwide Baha'i community provides a useful illustration for how to re-construct nationalist ideologies for a multipolar, increasingly interconnected world.

Though sizable communities of Baha'is have existed outside of Iran for over a century, the influence of Persia and Persians has remained a strong feature of Baha'i communities everywhere. In part, this has to do with their numerical strength. As Persian Baha'is have spread themselves around the world, whether that be to meet certain goals of the Cause, flee persecution, or some combination of the two, they have brought major demographic shifts to their new communities. This is especially the case in the United States, Canada, Europe, Australia and New Zealand. In addition, this also has to do with the strength of their faith, knowledge of its teachings, and capacity for serving its needs. When larger numbers of Persian Baha'is spread around the world in the mid-to-late 20th century, most of the Baha'i communities they went to were very new and had not had time to mature. Naturally, high-capacity Persians moved to the forefront of Baha'i activities. It was easy to get the impression that the Baha'i Faith was a "Persian religion" that happens to have followers from around the world.

In recent years though, outside of Iran Baha'is of local background have begun to take a more active role in community life. A major driver of this has been the emergence of the Ruhi Institute as a tool for systematically raising the capacity for service of large numbers. Finally, non-Persian Baha'is have a means for strengthening their thought and practice that matches, even excels, the advantages that come from growing up in a strong Persian Baha'i family. The creative participation of a broader base of individuals in Baha'i communiity life has brought about a vibrant diversification of its cultural manifestations. In my opinion, what's beautiful about this process is that it's the fruit of the Baha'i vision of Persian nationalism, not its undoing. How this has come about can be seen in the passage from The Secret of Divine Civilization quoted above.

For 'Abdu'l-Baha, the glory of Persia is not in finite things peculiar to the nation, such as language, food, clothing, or military conquests. Rather, he mentions "instrumentalities that promote the peace and well-being and happiness, the knowledge, culture and industry, the dignity, value and station, of the entire human race." In other parts of the book he praises the rule of law, modern technology, mass education, and of course, the power of faith. He mentions things that are trans-cultural or universalizable. He appeals to a shared generic human potential, rather than to specific traditions: "Thus, through the restoring waters of pure intention and unselfish effort, the earth of human potentialities will blossom with its own latent excellence and flower into praiseworthy qualities, and bear and flourish..." The mission of Persia, then, is to acquaint people of all backgrounds with what they are inherently capable of.

It seems to me, this is what Persian Baha'is have been doing for the past century, especially the second half. The early American Baha'i community benefitted immensely from the service of Persians like Mirza Haydar Ali, Mirza Abu'l-Fadl, and others. Mass teaching in Latin America, Africa, and Asia during the 1960's and 70's wouldn't have been the same without able leadership from Persians such as Rahmatu'llah Muhajir, Ali Nakhjavani, or of course, the anonymous struggles of thousands of Persian Baha'is forsaking their homeland to teach the Baha'i Faith on distant shores. Through their assistance, people from a multitude of backgrounds have used Baha'u'llah's teachings to explore the reality of their cultural surroundings and work for the spiritual and material improvement of their communities. Certainly, these were unconventional Persians. But they were not abandoning their cultural background. Rather, they were deriving a unique way of living out Persian identity. Personal acquaintence with Persian Baha'is living outside of Iran will attest to this. They were giving concrete form to the exhortations of 'Abdu'l-Baha in The Secret of Divine Civilization and in other central writings of the Baha'i Faith. Through their services, people from a multitude of backgrounds are now much more visible in the life of Baha'i communities.

In this form of nationalism, the advancement of one nation is not to the detriment of others.  Progress made among one people helps illumine the path forward for others. The diversity of human experience can be used to strengthen collective well-being rather than undermine it. Persian Baha'is have shown us a distinctly Baha'i way to be Persian. But I think more importantly, they have showed us how any nationalist ideology can be re-constructed and put at the service of global prosperity.
Posted by Mr. Cat
Email ThisBlogThis!Share to TwitterShare to FacebookShare to Pinterest