The Power of Our Souls 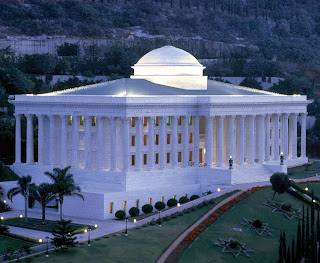 This year, 2010, will perhaps be remembered by Baha'is as a year of transition. In it's annual Ridvan message the Universal House of Justice educated the Baha'i world about a fuller context for the endeavors in which it is currently engaged. They outlined three broad areas of action in which the Cause of Baha'u'llah operates: expansion and consolidation, social action, and contributing to the prevalent discourses of society. The first area, expansion and consolidation, consists in connecting souls to Baha'u'llah and walking with them on a path of spiritual service. The second, social action is a natural outgrowth of the first. All humans are endowed with both a body and a soul. It is not enough to just promote the prosperity of the soul. Society must also be transformed so as to better care for our material needs as well. Spiritual and material civilization must go hand-in-hand. Finally, as social action becomes more and more effective, participants will naturally be drawn into ongoing conversations within society regarding issues such as climate change, education, or medicine.

The Universal House of Justice has introduced these new concepts; And the Baha'i world is understandably very excited and eager to put them into practice. However, the Ridvan message makes clear that communities should focus their energies on social action and contributing to the prevalent discourses of society only once processes of expansion and consolidation have become firmly established. Until then, they can too easily become a distraction from the more important endeavor of assisting others to draw closer to Baha'u'llah. Near the end of the message the Universal House of Justice writes,


Over the coming year, the institute process and the pattern of activity that it engenders should continue to be strengthened, and teaching should remain uppermost in the mind of every believer. Further involvement in the life of society should not be sought prematurely. It will proceed naturally as the friends in every cluster persevere in applying the provisions of the Plan through a process of action, reflection, consultation and study, and learn as a result. Involvement in the life of society will flourish as the capacity of the community to promote its own growth and to maintain its vitality is gradually raised.

It seems to me the larger message to take away from this is that spiritual vitality is the firm basis upon which social transformation is pursued. Both are essential. But one takes the priority over the other.

This distinction between the spiritual and the material I think defines the Baha'i experience of 2010. This is a time when the Baha'i world is vigorously engaged in transition from a stage focusing closely on spiritual transformation to a stage in which spiritual and material transformation are pursued hand-in-hand. It is a time of reflecting on what has come before and of preparing for new endeavors ahead.

In short, the patience we bear in 2010 is I think a living meditation on a powerful idea: The hope we have for a new world is found first in the power of our souls, and only second in the power of our bodies.
Posted by Mr. Cat
Email ThisBlogThis!Share to TwitterShare to FacebookShare to Pinterest