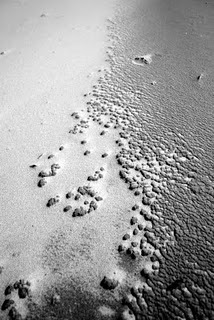 "Religion comes into conflict with science when it is defined by unprovable claims that can be dismissed as superstitions, and when it treats as historical facts stories that read like legends and myths to non-believers...

He goes on to outline a brief 20th century history of eastern sages collaborating with western scientists to forge a science of consciousness.


Most of the Hindu gurus, Yoga masters, Buddhist monks and other Asian teachers who came to the West framed their traditions in a science-friendly way. Emphasizing the experiential dimension of spirituality, with its demonstrable influence on individual lives, they presented their teachings as a science of consciousness with a theoretical component and a set of practical applications for applying and testing those theories. Most of the teachers were educated in both their own traditions and the Western canon; they respected science, had actively studied it, and dialogued with Western scientists, many of whom were inspired to study Eastern concepts for both personal and professional reasons.

The interaction of Eastern spirituality and Western science has expanded methods of stress reduction, treatment of chronic disease, psychotherapy and other areas. But that is only part of the story. Hindu and Buddhist descriptions of higher stages of consciousness have expanded psychology's understanding of human development and inspired the formation of provocative new theories of consciousness itself. Their ancient philosophies have also influenced physicists, among them Erwin Schrödinger, Werner Heisenberg and J. Robert Oppenheimer, who read from the Bhagavad Gita at a memorial service for President Franklin D. Roosevelt. In his landmark TV seriesCosmos, Carl Sagan called Hinduism the only religion whose time-scale for the universe matches the billions of years documented by modern science."

He concludes by exhorting western religions to follow the same path


The relationship between science and Eastern spiritual traditions -- which many prefer to think of as psychologies -- is still in its infancy. In recent years, the Dalai Lama has carried the ball forward, hosting conferences and encouraging research. Western religions would do well to emulate this history. Their historical and faith-based claims conflict with empirical science and probably always will; but to the extent that their practices directly impact human life, they can be treated as testable hypotheses.

This article caught my eye because I have always wondered about the conceptual differences between the Abrahamic religions, and the great eastern religions, specifically Buddhism, Hinduism, and Taoism. These eastern religions also have theological systems, myths, recorded miracles, etc., but the emphasis has always seemed to me to be more about the experience and less about having the proper set of beliefs. Or maybe that's just the westernized version of Eastern religion, in which the author uses as a reference. In either case, it has always seemed most natural to me to approach spirituality as an exercise of consciousness. To the degree that I conceptualize God at all, it is as the most supreme consciousness that is universal and independent of any individual's capacity to manifest it. But this, as with any belief, is provisional and more instrumental than anything else. When I pray, I find it hard to believe that I am praying to someone (God) who can hear what I am saying and will respond to my requests. It makes much more sense for me to dive right in and experience the prayer, as a form of guided meditation, regardless of the supernatural implication. In other words, I have problems with the dualistic frame of thought that seems to take precedent in the majority of the Abrahamic religious traditions.


The reason I became a Baha'i was that, when I read the writings of Baha'u'llah, it felt like He was working on multiple levels at once, weaving insights that can appeal to all people, at any level of consciousness, from any background. Often, the language and concepts that are employed is very much along the lines of the Abrahamic tradition, particularly Islam. But throughout there is always a strain of poetry and mysticism that seems to disregard theology and breaks through the dichotomies of analytical thought. This is especially true in the "Seven Valleys and the Four Valleys", where he is writing in a Sufi-Islamic mode, but is distilling, in my view, many of the key insights from the East. He provides a bridge for us to follow, but at some point he leads us off that bridge and into the territory beyond.


I do wish however that the writings made more explicit references to the eastern religions-the vast majority of the translated writings reference Islam, and then Christianity. The only references I have seen made by Baha'u'llah regarding the Eastern traditions are in the most recently translated book, "The Tabernacle of Unity", in response to a set of questions about certain Hindu beliefs. But even here he is commenting on a belief at somebody's request; he is not making reference to it himself to further an argument. Maybe as more writings are translated, we will started seeing more explicit reference to the Eastern religious traditions. If not, then I will just need to get over it. The important insights are there, if not their historical form.
Posted by Jason
Email ThisBlogThis!Share to TwitterShare to FacebookShare to Pinterest