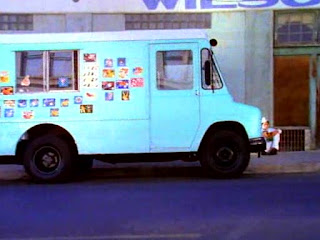 For a long time now I've been a big believer that the very fact of living demands a sense of urgency. I can never be alive yesterday or tomorrow. So long as I am alive, I am alive today. And whatever I do, I do it today. Living by this axiom involves taking a sceptical eye towards delaying anything for a later time. Many things of course do require waiting if they are to be done right. But living in this way requires unmasking unconscious attempts to hide lethargy behind supposedly high-minded concerns about logistics and "wisdom." In this vein Langston Hughes wrote, "A dream deferred is a dream denied." And similarly, Simone de Beauvoir had no kind words for those who, immediately after the liberation of France from Nazi Germany, felt it was inappropriate to celebrate while the country still faced so many challenges. One song that I've always felt has expressed this urgency for living is "Today" by the Smashing Pumpkins; especially its chorus "Today is the greatest day in the world. Can't live for tomorrow. Tomorrow's much too long." I'd embed the video. But instead, the best I can offer is the above link. I just recently saw the video for the first time. And while watching it I noticed how much my thinking on the song's theme now diverges from the band's.

In the video, its clear that their idea of sponateneity is joyful chaos and disruption, the breaking of social structure by the insatiable will to live. That's fine. I guess. But once the destruction of property is over, the alienating system against which they so cavalierly rebelled is intact. The boredom remains. No alternative is created, just a bit of temporary release. We can do better than this. I think a more compelling vision of social change (if the video could  even be claimed to spring from such a desire) is to channel the youthful desire for spontaneity into patterns of action that create and reinforce an alternative social system.

Being a responsible adult doesn't have to just mean conforming to the prevailing professionalism. Responsibilty can also take shape as a sustainable process of liberation. To integrate spontaneity and systematic action is to lay hold on the means for creating a new society, a new world in which the ideals we cherish are given concrete expression.

Art, it seems, is an area ripe for exploration.

In my opinion, one of the big reasons being a responsible adult can be so boring is the impoverishment of artistic activity in many societies. Music, film, poetry, and other arts are produced by a small minority and consumed by a largely passive majority. The technological reproduction of art has multiplied its availablity, but at the same time has presided over the collapse of human resources creating and performing it. Listening to music is entertaining. But performing it is a delight. Watching movies is a good way to relax. But the experience of making them oneself is unforgettable. Artistic creation is joy. But many adults feel helpless to join in.

And how do we remedy this? Well, first we can go out and create. We can produce when otherwise we might only consume. But also, we could get other people involved in artistic activity. When that's the case, our effort brings in the contributions of more people and sets it on a broader base. It becomes more of a community effort, rather than a series of disconnected individual acts. But that requires organization. It requires thinking and taking action systematically.

After all, one of the reasons adults are so passive artistically is because they were not given the chance to gain experience being artistic when they were young. Art is treated by adults as childsplay and thus at a certain age, usually 10 or 11, kids lose interest in it in their desire to put childish things behind them. Changing that requires creating spaces in which young people use the arts to express their budding maturity.

Systematic neglect of art requires its systematic celebration. Such a move, I think, is part of the great transformative potential of Baha'i children's classes and the junior youth empowerment program. Both programs provide opportunities for young people to develop their artistic skills and strive for an excellence they can carry into adulthood. What's more, as these programs develop, they create spaces in which artistic activity can be sustained over the course of many, many years. What may begin as a pleasant change of pace can with time become a sustainable lifestyle. And that comes not through random outbursts of resistance to dominant social structures but through sustained disciplined care for the emergence of viable joyful alternatives to existing arrangements.

All this, in celebration of art.
Posted by Mr. Cat
Email ThisBlogThis!Share to TwitterShare to FacebookShare to Pinterest