The Fruit of Recognizing Baha'u'llah 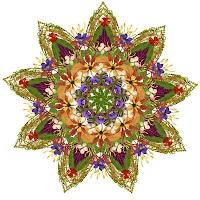 There a number of passages from the Universal House of Justice's 2010 Ridvan message that I have found very thought provoking. One of them regards the relationship between those who are and aren't members of the Baha'i community in building a future world civilization. In one section, the House of Justice writes,


Yet every human being and every group of individuals, irrespective of whether they are counted among His followers, can take inspiration from His teachings, benefitting from whatever gems of wisdom and knowledge will aid them in addressing the challenges they face. Indeed the civilization that beckons humanity will not be attained through the efforts of the Baha'i community alone. Numerous groups and organizations, animated by the spirit of world solidarity that is an indirect manifestation of Baha'u'llah's conception of the principle of the oneness of humankind, will contribute to the civilization destined to emerge out of the welter and chaos of present-day society.


Throughout the Baha'i writings there are strong assurances that Baha'u'llah's teachings are the only durable foundation upon which a world civilization could be built. That has given rise to an assumption among many, that the whole world would have to become Baha'i for such a civilization to come about. Understandably, many of us have not found this assumption very reassuring and have long sought for a different way of seeing things. I think the House of Justice gives a compelling alternative. In their vision, the principle of the oneness of humanity is powerfully at work in the world. The efforts of the Baha'i community represent a small but growing part of that process. And together, the peoples of the world will build a world civilization.

One aspect of this passage that I found helpful is the emphasis that is placed on Baha'i teachings and their practice. What matters here is not so much adherence to a creed or belonging to a community, but rather how practice can bring about a transformation in the world. In this vein 'Abdu'l-Baha writes,


Religion, moreover, is not a series of beliefs, a set of customs; religion is the teachings of the Lord God, teachings which constitute the very life of humankind, which urge high thoughts upon the mind, refine the character, and lay the groundwork for man’s everlasting honour.
Selections from the Writings of 'Abdu'l-Baha, 23.6 p. 56-7

What matters is the extent to which people rise up to put Baha'u'llah's teachings into practice. And it's not necessary to be a member of the Baha'i community to do that. Anyone can use consultation as the basis of decision-making, or prioritize the education of the girl child before the boy child, or let their heart burn with loving-kindness for all who may cross their path. Individuals and communities can benefit from these teachings to the extent that they put them into practice.

But there is another aspect to this, which I think is even more important. And that is what this says about the true significance of recognizing Baha'u'llah and joining with his followers under the shadow of his Covenant. It seems to me this true significance is in attaining conscious knowledge of God's redemptive plan for humanity. It is not simply understanding the benefit that comes from this Baha'i teaching or that Baha'i teaching but from how they have all been sent down by God to help humanity develop and prosper. Baha'u'llah writes in the opening to the Kitab-i-Aqdas, "They whom God hath endued with insight will readily recognize that the precepts laid down by God constitute the highest means for the maintenance of order in the world and the security of its peoples." And 'Abdu'l Baha writes, "Although a person of good deeds is acceptable at the Threshold of the Almighty, yet it is first to know, and then to do....By faith is meant, first, conscious knowledge, and second, the practice of good deeds."

To be a Baha'i is to have this spiritual knowledge and to express it in deeds.
Posted by Mr. Cat
Email ThisBlogThis!Share to TwitterShare to FacebookShare to Pinterest