A Religion for Atheists? 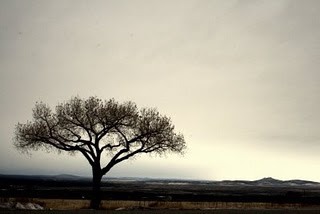 "Most contemporary governments and even private bodies are devoted to a liberal conception of help, they have no "content," they want to help people to stay alive and yet they make no suggestions about what these people might do with their lives....
There is a long philosophical and cultural history which explains why we've reached the condition known as modern secular society. Yet it seems there's no compelling argument to stay here."
This is the concluding statement in an article by Alain de Botton about the prospects of a new secular form of religion. He argues that modern secular society has done a great job at improving the material lives of many, but it has had far too little to say about what meaning to ascribe to it. While finding the belief in divinely inspired religion untenable, he nevertheless makes the case for a religion for atheists.

The tragedy of modern atheism is to have ignored just how many aspects of religion continue to be interesting even when the central tenets of the great faiths are discovered to be entirely implausible. Indeed, it's precisely when we stop believing in the idea that gods made religions that things become interesting, for it is then that we can focus on the human imagination which dreamt these creeds up. We can recognize that the needs which led people to do so must still in some way be active, albeit dormant, in modern secular man. God may be dead, but the bit of us that made God continues to stir...there are certain needs in us that can never be satisfied by art, family, work or the state alone. In the light of this, it seems evident that what we now need is not a choice between atheism and religion--but a new secular religion: A religion for atheists.

He then goes on to outline three things a secular religion would need to provide: centers of transcendent veneration, virtue inspiring art, and consolation for disappointment.
Centers of Transcendent Veneration

For a start, lots of new buildings akin to churches, temples and cathedrals. We're the only society in history to have nothing transcendent at our centre, nothing which is greater than ourselves...We, more blessed in our gadgetry but less humble in our outlook, have been left to wrestle with feelings of envy, anxiety and arrogance that follow from having no more compelling repository of our veneration than our brilliant and morally-troubling fellow human beings..


In addition, a secular religion would use all the tools of art in order to create an effective kind of propaganda in the name of kindness and virtue. Rather than seeing art as a tool that can shock and surprise us (the two great emotions promoted by most contemporary works), a secular religion would return to an earlier view that art should improve us. It should be a form of propaganda for a better, nobler life...


A third aspect of secular religion would be to offer us lessons in pessimism...In denying the natural place reserved for longing and incompleteness in the human lot, our modern secular ideology denies us the possibility of collective consolation for our fractious marriages and our unexploited ambitions, condemning us instead to solitary feelings of shame and persecution. A secular religion would build temples and anoint feast days to disappointment.

This discussion cuts to the fundamental question of whether "revelation", as understood by religionists (including Baha'is), is still a legitimate and useful way of understanding the rise and growth of religion. An alternative approach (but in my view not necessarily contradictory, as pointed out in my response to Robert Wright's book) among most scientists, especially biologists, anthropologists, historians, and psychologists, is to view religion as man-made, a variable and product of social and cultural evolution, and to view the near universal faith intuition as a byproduct of certain genetic traits acquired during biological evolution. The author takes this view, which makes it seem logical to him, presumably, that the religion of the future should be developed by the leading experts in each relevant field, for the sole purpose of maximizing the most advanced notions well-being.
I find a few problems with the authors vision, even if we sidestep the more fundamental questions of God and the nature of "revelation". First of all, there are very few die-hard atheists. Many are agnostic on the question of teleology even if they reject the notion of a "personal God". For this reason, the authors might be better served to allow agnostics into his "religion for atheists". Atheism, much like theism, seems to require an act of faith. For those who require sense evidence to bolster any belief, agnosticism is probably the most consistent approach. But agnostism, enshrined in modern secular society, doesn't do much to address many fundamental human needs beyond physical well-being; it can hardly be institutionalized, hence the need for the author to suggest an affirmation of belief (atheism) to ground a secular religion.

This apparent problem, the need to have atheism grounding while attracting the much larger numbers of agnostic adherents, leads to a second problem, the problem of power. Who will be in charge of the research agenda for the new religion? Who will be the gatekeepers of proper belief, and what will be the consequences of deviation? On whose authority? For this religion to find legitimacy without a central prophet, it will have to find sources of authority that are legitimate in the eyes of the world (so not L. Ron Hubbard).
A final problem I see is that the author seems to miss the most central aspect of religion: faith. The reason religion holds a powerful sway over peoples lives is that they believe that it is true. They believe that they have an eternal soul. They believe that this world is a preparation for the next. They believe that they will see their relatives in the next world. They believe that there are eternal consequences for their actions. They believe that there is a higher purpose to the universe, and that it is good. This kind of faith would be very hard to mimic. It is one thing to feel awe in a giant cathedral, feel morally pulled by a great piece of art, or feel consoled by a supportive community, but that just brushes the surface of our deepest human longing, to transcend physical entropy. In the end we are still going to die and the sun is going to explode, and, if you don't believe in an eternal soul, it will have all been for naught. It requires a well cultivated sense of stoic heroism to be inspired by that.
Posted by Jason
Email ThisBlogThis!Share to TwitterShare to FacebookShare to Pinterest