the Power and Limitations of Jargon 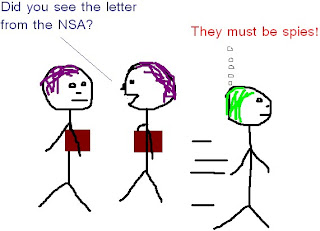 A lot of people don't like jargon. It's often thought of as a pretentious, unimaginative substitute for actual knowledge. I understand their frustrations. But as a long-time user of a variety of jargons, I have found it can play a vital role in the advancement of knowledge. However, in order to be used most effectively, its limitations must be respected.

In my opinion, jargon is an instrument that can help us explore reality. Using technical terms can alert others to things they might otherwise overlook. This is especially the case when exploring new terrains of human knowledge.
For example, try to imagine the invention of the microprocessor if its developers only used the ordinary meaning of words. If this was the case they wouldn't even have a word for what they were inventing, let alone all the new techniques and components devised along the way. New knowledge requires new configurations of linguistic expression.


But language is not the same as reality. Jargon's purpose is to assist us in gaining knowledge about particular realities, knowledge that goes beyond the limitations of those words. Formulaic expressions and buzzwords like "fragmentation" or "institute process," fulfill their purpose by making themselves obsolete. As users of such expressions gains knowledge of the realities they indicate, then other words will do just as well. That person will be able to be more descriptive. And more importantly, she will be able to speak in ways more accessable to those not familiar with the terms. Also, jargon often enters into the common language. The case of the microprocessor is an example.

Let's look at an example from the experience of the Baha'i community to see how jargon can bring about social transformation.

In April of 2003 the International Teaching Centre prepared a document entitled "Building Momentum: a Coherent Approach to Growth." This document popularized a number of concepts being promoted  by the Universal House of Justice at that time. One of its last sections is entitled, "An 'outward-looking orientation'." It was the birth of a buzzword that still resounds on the lips of Baha'is today. It refers to a tendency to not isolate oneself in exclusive cliques and to instead always be on the move reaching out to new people. Seven years later, I once heard it remarked that anyone who is still always going on and on about the need to have an outward-looking orientation is probably from a community that hasn't achieved it yet. For one, its an awkward expression whose precise meaning is only known to people who have been active within Baha'i circles in the past decade. But on a deeper level, if this is a concept a community has been actively applying for an extended period of time, it no longer needs to be invoked. The boundaries of the community have become more porous. It's easier for insiders to go out into the broader community, and for new people to feel comfortable coming in. People can talk about the new reality casually based upon their extensive experience with it, and using descriptive language. They don't need to refer back to the jargon they learned in 2003.

In closing, I'm intrigued by the role jargon often plays in efforts to empower individuals and communities. Throughout history a range of thinkers, groups, and movements have given a technical usage to words like freedom, enlightenment, empowerment, and to take a case from Baha'i history, the independent investigation of reality. They have been extremely useful in transforming the way we think, speak, and act; but only inasmuch as they have been invested with a new, more specific meaning. In fact it's impossible to talk about such transformations without resorting to those very words. This isn't because their users are lazy; but rather that they name the very conditions they assist in bringing about. And if those conditions don't have a name, it becomes difficult for people to work together to bring them to fruition.

All this, in defense of jargon.
Posted by Mr. Cat
Email ThisBlogThis!Share to TwitterShare to FacebookShare to Pinterest