Healing and the Power of Prayer 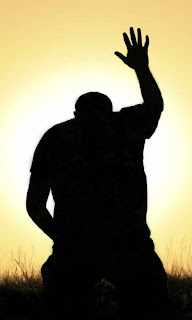 For centuries, even millenia, science and religion have conducted an on-going dialogue over a number of issues. One of them that has received a great deal of attention in recent years is the relationship between prayer and healing. In this interview, Dr. Harold Koenig, a leading researcher on the topic discusses his own work examining the health benefits of religion. He also delves into some of the methodological issues that naturally emerge in this line of investigation. I think there's a lot to like and not to like in the interview. If you'd like to read you can come to your own conclusions. Personally, I enjoyed it because I came away feeling Dr. Koenig has an appreciation that there are a number of philosophical complexities connected to the topic.

One of the frustrations I've always had with research into the health benefits of prayer is that it's always presented by the media in a way that cheapens the significance of prayer. Magazine articles and TV news segments always seem to reduce prayer to a way to extort more personal benefits from God. Death is presented as a curse to be avoided at all costs, not as it is presented in scripture, as a gateway to the afterlife or the act by which a human communes with her creator.

According to the Baha'i writings prayer is perhaps the most profound act a person can perform. There's so much more to it than simply "what do I get out of it?" I'm attracted to what the Bab has to say about prayer in a particular passage from the Persian Bayan.
For him, the value of prayer is not about the reward or benefit we recieve from it, but from worshipping God for his own sake.


Worship thou God in such wise that if thy worship lead thee to the fire, no alteration in thine adoration would be produced, and so likewise if thy recompense should be paradise. Thus and thus alone should be the worship which befitteth the one True God. Shouldst thou worship Him because of fear, this would be unseemly in the sanctified Court of His presence, and could not be regarded as an act by thee dedicated to the Oneness of His Being. Or if thy gaze should be on paradise, and thou shouldst worship Him while cherishing such a hope, thou wouldst make God’s creation a partner with Him, notwithstanding the fact that paradise is desired by men.


Fire and paradise both bow down and prostrate themselves before God. That which is worthy of His Essence is to worship Him for His sake, without fear of fire, or hope of paradise.

Although when true worship is offered, the worshipper is delivered from the fire, and entereth the paradise of God’s good-pleasure, yet such should not be the motive of his act. However, God’s favour and grace ever flow in accordance with the exigencies of His inscrutable wisdom.
The Bab, Selections from the Writings of the Bab, 3:2.1-3 p. 100

There seems to be a growing body of research showing the benefits of religion for our health. However, I think we would do well to also keep in mind words such as these.
Posted by Mr. Cat
Email ThisBlogThis!Share to TwitterShare to FacebookShare to Pinterest