Learning in Action is a Process of Forgiveness 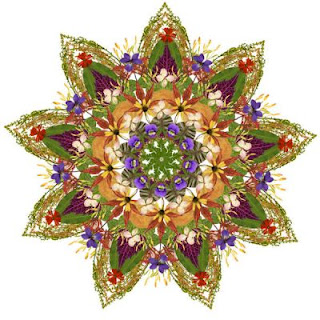 In the past decade enormous changes have swept through the Baha'i community. A curriculum and a systematic process for its study have changed the way Baha'is relate to the Baha'i writings, to each other, and the world at large. Activities for the spiritual education of children and the empowerment of early adolescents are playing a more central role in Baha'i life. Furthermore, these activities take place less and less in Baha'i centers and more and more in neighborhoods dispersed throughout a community. In the past most Baha'i activities were primarily for Baha'is. But now the center of gravity has shifted as members of the broader community participate in greater numbers and take on greater responsibility. The changes have been as dramatic as they have been swift. Baha'is have done a relatively good job at maintaining unity throughout this process. But we have inflicted our share of wounds upon each other. Many complain that patterns of community life are changing to quickly; others that they are changing too slowly. Many wonder whether such changes are even desirable or what was such a problem with existing ways of doing things. Others have pursued change at the expense of tact and mutual respect. Throughout all of this, we have learned what it means to forgive.

It seems to me that forgiveness is not just an individual spiritual act that is essential to Baha'i life. In addition, it is inscribed into the structure of the framework for action the Baha'i world has been building since 1996. It is at the heart of what is meant by the expression learning in action.

Hannah Arendt's writings on forgiveness are distinctive inasmuch as she situates the act of forgiveness not just in private relationships between individuals but also in the broad daylight of public life. Indeed, for her, social change is a process of forgiveness. In the Human Condition she writes,


Without being forgiven, released from the consequences of what we have done, our capacity to act would, as it were, be confined to one single deed from which we could never recover; we would remain the victims of its consequences forever, not unlike the sorcerer's apprentice who lacked the magic formula to break the spell.

and in another place,


Only through this constant mutual release from what they do can men remain free agents, only by constant willingness to change their minds and start again can they be trusted with so great a power as that to begin something new.

What I find so useful about Arendt's perspective is that she recognizes that forgiveness is not just about what happened in the past but also what is possible for the future. Forgiveness is the act by which people are liberated from the chains of the past, and freed for what has become possible today.

This, I think, is the essence of what the Universal House of Justice means when they call on Baha'is to be in a humble posture of learning. We try new things. Sometimes they work well at first. Most of the time they don't. We regularly get together, reflect on action that has been taken, build on what has worked, and experiment with changes to what didn't. We enthusiastically put plans of action into practice in the hope that we will learn from them, and will be able to formulate even better ones in the future. We forgive each other the mistakes of the past, learn from them, and do our best to move on. It doesn't make sense to hold the errors of 2002 or 2004 over each other's heads. The Universal House of Justice has set out a framework for systematically learning how to contribute to individual and collective transformation. If problems emerge, we can work together to fix them and bring about something better. This is the work of building a new society

We're not perfect. We often offend each other, hurt each other, and talk about one another's faults behind their backs. But we're all learning. We're all trying to practice the words of Baha'u'llah, "Let each morn be better than its eve and each morrow richer than its yesterday." Being the change we wish to see in the world is difficult. And to believe that that change is possible is to believe in the power of forgiveness, the power to begin something new.
Posted by Mr. Cat
Email ThisBlogThis!Share to TwitterShare to FacebookShare to Pinterest