Some Thoughts on how Baha'is Approach Moral and Social Questions 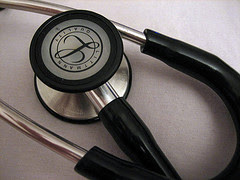 The Baha'i approach to moral and social questions is distinctive inasmuch as it combines obedience to laws purportedly revealed by God with the cultivation of independent thinking. It is common for these two aspects to be considered mutually exclusive. Extreme examples privileging one side would be the English Puritans or the Taliban. While extreme examples priviliging the other would be the philosophy of Friedrich Nietzsche or Jean-Paul Sartre. But I don't think the Baha'i faith is taking a "moderate" course, mixing together two things as different as oil and water. Rather, I think, in the Baha'i approach obedience and independence are mutually reinforcing. Each is the key to the other. For many this seems contradictory. And certainly, such a position does not match the shared sense of things in our society. But as I think through this matter's difficulties I find it more and more persuasive all the time.

Below is a rather long section taken from a piece I wrote last year. It looks at how the relationship between divine and human creativity is constructed within the Baha'i writings. I hope it is helpful.

Responding to the Needs of One's Age

The written Word of God is a pivotal element linking Divine and human action. Speech is limited to those within earshot. But writings can be transmitted across oceans and centuries. With the addition of this supplement, human insight is no longer self-enclosed. It has access to the wisdom of the heavens.


The All-Knowing Physician hath His finger on the pulse of mankind. He perceiveth the disease, and prescribeth, in His unerring wisdom, the remedy. Every age hath its own problem, and every soul its particular aspiration. The remedy the world needeth in its present-day afflictions can never be the same as that which a subsequent age may require. Be anxiously concerned with the needs of the age ye live in, and centre your deliberations on its exigencies and requirements.

In the first two sentences of this passage Bahá’u’lláh presents himself as an authority to whose expertise one should defer. "The All-Knowing Physician hath His finger on the pulse of mankind. He perceiveth the disease, and prescribeth, in His unerring wisdom, the remedy." That he compares himself to a physician is instructive. For, a physician devotes her life to the attainment of medical knowledge. Certainly, it is important for everyone to develop an understanding of medical practice. But the field is much too vast for all people to plumb its greatest depths. For that reason, it is pragmatic for a few to become exceptionally knowledgeable in the field and serve others through the wisdom of their diagnoses and prescriptions. When one consults a doctor, that person gains access to a knowledge far greater than her own attainments. The patient benefits from the doctor’s expertise without passing through the years of study, training, and practice needed to develop that expertise. Just as a patient benefits from a doctor, humans benefit from the wisdom of the Manifestation of God for that age. Bahá’u’lláh’s example is different inasmuch as his knowledge proceeds from Divine omniscience rather than conventional education. But it is the same inasmuch as adherence to the teachings of the Manifestation supplements the follower with a Divine efficacy of which she is on her own incapable. The wisdom that that person gains from the process cannot be considered exclusively human. Through consultation with the All-Knowing Physician, one’s wisdom becomes the active manifestation of God’s.

In the third and fourth sentences Bahá’u’lláh states that prescriptions are not eternal or a-historical. Their validity corresponds to the particularity of a given situation. "Every age hath its own problem, and every soul its particular aspiration. The remedy the world needeth in its present-day afflictions can never be the same as that which a subsequent age may require." Bahá’u’lláh invokes uniqueness within time. But his idea easily extends to the uniqueness setting apart multiple situations existing simultaneously. For example, the most efficient means of transportation may vary from city to city. Wisdom is not something that exists in isolation from particular circumstances. It is the dynamic relation achieved in thought of a person to her situation.

Finally, in the fifth sentence, Bahá’u’lláh urges the reader to actively investigate the needs of the time in which she lives and to deliberate on appropriate responses thereto. "Be anxiously concerned with the needs of the age ye live in, and centre your deliberations on its exigencies and requirements." Passive inheritance of accepted practices or mindless adoption of new ones is inadequate. One must take ownership for the real condition of human existence and assume the task of harmonizing its trajectory with its exigencies and requirements.

The passage holds together beautifully, perhaps in spite of, perhaps because of its internal tension. One could say the first two sentences don't match up with the fifth sentence. Namely, if Bahá’u’lláh’s prescriptions are so effective, then one might say that anxious concern and deliberation is unnecessary; Bahá’u’lláh has already given the remedy needed and all that is needed is implementation. While with regard to the fifth sentence, one could say that Bahá’u’lláh’s teachings only apply to his generation; Consequently people must anxiously deliberate on new teachings that can supplant those of Bahá’u’lláh. The third and fourth sentences provide the justification for both statements, that unique situations require prescriptions from within that uniqueness. But depending on which sentences one privileges, the middle sentences can be cited as evidence against either the earlier or the later. Taken as competing statements, the objection faithful to the first two sentences would be that anxious deliberation is the hubristic reliance upon one’s own powers rather than on the infinite knowledge of God. Bahá’u’lláh already gives all the answers, so one need not bother oneself in futile attempts to re-invent the wheel. The objection faithful to the final sentence would be that deferral to the All-Knowing Physician induces passivity in the believer. The follower resigns oneself to seeing through the eyes of another rather than through her own. And by articulating religion in terms of a physician/patient relationship, the corresponding relation of cleric/layperson is revived.

That Divine and Human Creativity Supplement Each Other
But the conflict and tension that can arise from this passage is not a problem if human and divine creativity can be conceived as reinforcing rather than competing elements. The two sections come together inasmuch as all ordinary believers share with Bahá’u’lláh in the practice of Divine medicine, not of course in the same way, but with regard to a consummate skill in devising lines of action appropriate to the reality of unique situations. The human physician reflects the expertise of the Divine physician. And for ‘Abdu’l-Bahá, the effectiveness of the latter depends on the former.


The purpose of these statements is to make it abundantly clear that the Divine religions, the holy precepts, the heavenly teachings, are the unassailable basis of human happiness, and that the peoples of the world can hope for no real relief or deliverance without this one great remedy. This panacea must, however, be administered by a wise and skilled physician, for in the hands of an incompetent all the cures that the Lord of men has ever created to heal men’s ills could produce no health, and would on the contrary only destroy the helpless and burden the hearts of the already afflicted.

‘Abdu’l-Bahá elevates Divine revelation above and beyond any purely human wisdom. It is a fundamental expression of Divine assistance. So before one even considers the power of unseen assistance from God, this wisdom is comprehensible within the “seen” world. It is an other-worldly wisdom pertaining to earthly life, and demonstrating its capacity within the realm of human affairs. But a superficial knowledge of the remedy is inadequate to implement it effectively. One must oneself be skilled to draw on the efficacy of such teachings. Constant effort is essential towards this end. The practice of effective medicine requires a dynamic link between God’s expertise, embodied in the teachings of his most recent Manifestation, and human expertise as it is embodied in efforts to put those teachings to work in the world around them. When they are allowed to supplement each other, Divine and human creativity are made all the more effective.

The interaction of Divine and human insight can be seen in the laws and exhortations Bahá’u’lláh gives in his writings. His statements are neither highly specific nor excessively fluid. They advance through the interplay of clear instructions, on the one hand, and mandates for human innovation on the other. Sometimes they can be highly fluid: "It behoveth them to cleave to whatsoever will, in this Day, be conducive to the exaltation of their stations, and to the promotion of their best interests." Often they are very specific: 'It hath been ordained that obligatory prayer is to be performed by each of you individually." But quite often Bahá’u’lláh’s prescriptions lie somewhere imbetween. Take this passage as an example. Bahá’u’lláh writes that, "they who are the people of God must, with fixed resolve and perfect confidence, keep their eyes directed towards the Day Spring of Glory, and be busied in whatever may be conducive to the betterment of the world and the education of its peoples." Bahá’u’lláh does not specify exactly what contributes to this outcome. Certainly, the whole body of his specified laws is intended. But beyond that he calls for whatever may lead to this conclusion. The content of such action is left to the ingenuity and initiative of those who are to come after him. Furthermore, the betterment of the world and the education of its peoples is not itself highly specific. Betterment couldn’t be a more general term. And there are many different types of education; how and towards what ends it should aim is left unclear. The aim prescribed by Bahá’u’lláh is itself in need of elucidation. He leaves a silence in his text. Certainly, this isn’t because Bahá’u’lláh is lacking in complete ideas, substituting vague platitudes for concrete initiatives. His writings are a treasury of bold and creative responses to the needs of that century. But his writings are not aimed for that time only. He instructed the Bahá’ís that a new Manifestation of God would not appear for at least another millennium. Many generations are addressed by Bahá’u’lláh’s writings, generations the specific contours of whose world cannot be delineated centuries in advance. In this exhortation Bahá’u’lláh guides his readers in certain directions. They must be busied. So they must not be passive and complacent. The world should be of interest to them in some way. So their spirituality should not idealize escaping from it. And these lines of action should involve education. Beyond simple observations like these, the content of the prescription is left to the initiative of future generations. Bahá’u’lláh inscribes a silence into the text on which readers must write with their own insight and deeds. The completion of his prescriptions, as fully-fledged lines of action, only comes when future generations sit down for consultation, and take up the task of putting them to work.
Posted by Mr. Cat
Email ThisBlogThis!Share to TwitterShare to FacebookShare to Pinterest