The World Cup and an Emerging Sense of Global Citizenship 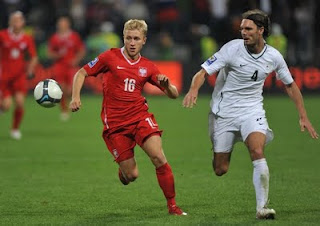 I'm curious about the possibility that the World Cup is building a sense of global citizenship among the peoples of the world. And I'm not going to pretend to be knowledgeable about soccer. But a quick trip to Google can give me access to reflections on the topic by someone far more knowledgeable than myself. So voila! Here's some food for thought on the role of the World Cup in building a sense of global citizenship. This was posted to the website worldchanging.com during the 2006 World Cup hosted by Germany. In it the author David Hsu shares his thoughts on the place of sports within our society. This is how he begins his essay.


Since going to my first World Cup this summer, I've been deeply conflicted about the meaning of sports, as sports this summer seem to have taken on all of the best and worst parts of an increasingly fast-moving, technological, competitive, and globalized society. What I'd like to examine today is, do sports have any role to play in building a global society?

Hsu clearly has mixed feelings about the World Cup. To frame it using Baha'i concepts, we might say that it is playing a role both in the breakdown of the current society and in the construction of a new one.

Certainly the World Cup has become an arena in which nations interact with each other as members of one family. This is something that was unheard of in previous generations and centuries. But at the same time,I think it's accompanied by gross fanaticism over a simple game, indulgent consumerism, and constant appeals to our lower nature. It's certainly not a durable foundation for a peaceful world civilization. But the evidence is clear. Every four years, the World Cup reinforces a sense of global identity. Nationalism loses its absolute value and is redefined within the context of an emerging "family of nations."

There is a passage from the Baha'i writings that I think is useful to keep in mind whenever we hear or see anything related to the World Cup. It comes from a letter of Shoghi Effendi included in the book The World Order of Baha'u'llah.


Let there be no mistake. The principle of the Oneness of Mankind—the pivot round which all the teachings of Bahá’u’lláh revolve—is no mere outburst of ignorant emotionalism or an expression of vague and pious hope... Its message is applicable not only to the individual, but concerns itself primarily with the nature of those essential relationships that must bind all the states and nations as members of one human family. It does not constitute merely the enunciation of an ideal, but stands inseparably associated with an institution adequate to embody its truth, demonstrate its validity, and perpetuate its influence. It implies an organic change in the structure of present-day society, a change such as the world has not yet experienced. It constitutes a challenge, at once bold and universal, to outworn shibboleths of national creeds—creeds that have had their day and which must, in the ordinary course of events as shaped and controlled by Providence, give way to a new gospel, fundamentally different from, and infinitely superior to, what the world has already conceived.

When Shoghi Effendi wrote the above passage in 1931, different parts of the world were much more alienated from each other than they are now. At the Olympic Games held the next summer in Los Angeles only 10 of the 37 teams represented nations of predominantly non-European descent. Furthermore, television, radio, and the internet had not developed to the point that a sporting match could become an international real-time event. But as the 2010 World Cup unfolds, it is clear the collective life of humanity has become more and more integrated. We've witnessed a lot of change. And no doubt, as the peoples of the world relate to each other on a more familiar basis, there will be even greater changes to come.
Posted by Mr. Cat
Email ThisBlogThis!Share to TwitterShare to FacebookShare to Pinterest