The Question: "Why not hedonism?" then some words of Baha'u'llah 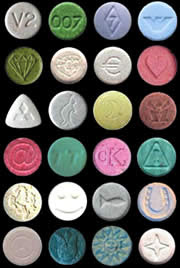 A Baha'i friend recently asked me: What's wrong with hedonism? Why is it not okay that we just bliss out? He was looking not just for a demonstration from the Baha'i writings but for a full explanation as well. I wasn't quite sure what to tell him. The problem, as he saw it, was that Baha'is take for granted not to live a lifestyle of heavy pleasure, and build from there; while all the while, the most important question is left unasked: why not hedonism? I found that, I too, had been glossing over that fundamental point. I took some time to think. No passages from the Baha'i writings came immediately to mind. But I had just been reading a section from Plato's Republic that takes up the question. So I drew from Plato. For him, pleasure cannot be the Good because, though pleasurable things appear to be good, they are often harmful for us. I told my friend pleasure can be deceiving. For that reason, knowledge must be the basis for a good life, inasmuch as knowledge is what cuts through the illusions covered over by appearances. Both of us found that satisfying.

Since then, this has led me into an inquiry into why Baha'u'llah writes against hedonism. First, I went to  The Hidden Words and then to his Kitab-i-Iqan. I'd like to share some quotations, and a few words in commentary. The topic is of course inexhaustable; so the aim  here is just to stimulate thinking.

In The Hidden Words there are a number of passages on the subject. It would be impossible to give a complete account of their meaning. However, one pattern that emerges is that pleasure can be a veil between us and knowledge of God's blessings, which goes far beyond the delight we can have in any one thing.


O SON OF BOUNTY! Out of the wastes of nothingness, with the clay of My command I made thee to appear, and have ordained for thy training every atom in existence and the essence of all created things... And yet heedless thou didst remain, and when fully grown, thou didst neglect all My bounties and occupied thyself with thine idle imaginings, in such wise that thou didst become wholly forgetful, and, turning away from the portals of the Friend didst abide within the courts of My enemy.
The Hidden Words, Persian 29

O SON OF MAN! A dewdrop out of the fathomless ocean of My mercy I have shed upon the peoples of the world, yet found none turn thereunto, inasmuch as every one hath turned away from the celestial wine of unity unto the foul dregs of impurity, and, content with mortal cup, hath put away the chalice of immortal beauty. Vile is that wherewith he is contented.
The Hidden Words, Persian 61

In the Kitab-i-Iqan, there's a passage that in my opinion confirms Plato's argument from the Republic. Except in this case, Baha'u'llah broadens the idea out to also address the power of hatred to repel us from the truth.


He must purge his breast, which is the sanctuary of the abiding love of the Beloved, of every defilement, and sanctify his soul from all that pertaineth to water and clay, from all shadowy and ephemeral attachments. He must so cleanse his heart that no remnant of either love or hate may linger therein, lest that love blindly incline him to error, or that hate repel him away from the truth. Even as thou dost witness in this day how most of the people, because of such love and hate, are bereft of the immortal Face, have strayed far from the Embodiments of the divine mysteries, and, shepherdless, are roaming through the wilderness of oblivion and error.
-Baha'u'llah, The Kitab-i-Iqan, 213 p. 192-3

In addition, there's also this passage, in which Baha'u'llah calls on his readers to eat "of the good things which God hath allowed you."


Should a man wish to adorn himself with the ornaments of the earth, to wear its apparels, or partake of the benefits it can bestow, no harm can befall him, if he alloweth nothing whatever to intervene between him and God, for God hath ordained every good thing, whether created in the heavens or in the earth, for such of His servants as truly believe in Him. Eat ye, O people, of the good things which God hath allowed you, and deprive not yourselves from His wondrous bounties. Render thanks and praise unto Him, and be of them that are truly thankful.
Gleanings from the Writings of Baha'u'llah, CXXVIII p.276

Certainly, he is calling on his readers to enjoy such things. But he situates that enjoyment within a context of rendering thanks and praise to God for those same things. Stepping back, I think what's important is that the pleasure we take in this world should be in the context of a broader knowledge of the blessings God has given us. What's important is that it opens our eyes to this broader plan, not shut us out from it.
Posted by Mr. Cat
Email ThisBlogThis!Share to TwitterShare to FacebookShare to Pinterest